Vacation ownership on the rise for the eighth straight year!

Some travelers have found the secret to vacationing better – timeshare! This is borne out in the U.S. timeshare industry, which enjoyed its eighth straight year of steady growth in 2017. According to a 2018 timeshare industry study for the American Resort Development Association (ARDA), vacationing with timeshare is strong and getting stronger.

Average occupancy rate was more than 81 percent, compared to a 65.9 percent hotel occupancy rate. Higher occupancy rate extends benefits beyond the resort itself and into the local surrounding markets and communities, such as spending at local restaurants, purchasing groceries for the fully-equipped in-unit kitchen, and purchasing gas for rental cars.

About 72 percent of timeshare units are two bedrooms or more and the average unit size is over 1,000 square feet.

The average maintenance fee was $980, remaining relatively flat with a one percent increase over 2016.

Other interesting facts from the study were:

Thirty-four percent of resorts are beach resorts, making them the most common type of resort.

Florida had the highest number of timeshare resorts with 373.

Nevada had the largest resorts with 249 units on average.

Consistency of cost is a timeshare hallmark, and while hotel room pricing has continued to rise year over year since 2015, your Club de Soleil vacation club in Las Vegas remained unaffected by market trends and subsequent supply and demand economics.

Conversely, the cost of timeshare ownership remains steady and affordable, with property upkeep through the responsible application of maintenance fees the primary objective – not the wringing of every last dime out of the consumer.

As you’ve discovered, timeshare ownership at Club de Soleil, a sunny French Mediterranean-themed property in Las Vegas, is a great bet. We are humbled and honored to count you among our numerous vacation club members. We take seriously our responsibility to provide you with a beautifully maintained property and look forward to helping you make wonderful vacation memories year after year.

Get localized on your next Vegas Vacation! 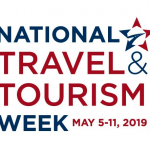