When the Natufians concocted an alcoholic gruel for ritualistic feasting, it is clear, 13,000 years later, they were on to something… For an amalgam of eons and millennia, humanity has found its great equalizer: Beer. The history of this beverage is expansive; robust, to say the least. Spanning every continent, every civilization, every celebration, every stadium, every milestone, and every heartbreak at a pub conceived by man. Any rabbit hole google search will reveal to any drunk pseudo anthropologist the true depth of this fermented alchemy’s biblical history on earth, but since National Beer Day is coming upon us on April 7th, let’s just say for all intents and purposes, there is more to learn about beer from drinking than reading. Don’t worry; we will vouch for you.

It’s no coincidence that Sin City houses one of the nation’s most comprehensive communities of craft beer aficionados. With the deep concentration of globally acclaimed chefs, sommeliers, and world-class drunks who’ve anchored business and pleasure in Las Vegas.

Amongst the city’s epic homage-laden soirées celebrating the foamy hop, such as the Water Street Oktoberfest, Motley Brew’s Downtown Brew Festival, and the great Nevada Beer Bash, National Beer Day is the only one Nevadans share with the nation. And as guests of Club de Soleil and honorary representatives of Sin City, you have an immense obligation to participate. After all, isn’t it worth celebrating perhaps the only thing all Americans can agree on at this point?

Below is a list we’ve compiled of some of the best breweries in town… so do the hop!

Featuring 24 taps of their own brewed craft beers, plus an arsenal of guest beers, cider, wine, and cold brews, it’s clear the owners Wyndee and David Forrest’s passion about building a community around quality driven beers is as authentic as their dizzying selection of ales. And this isn’t just our opinion- this brewery is both a crowd and critic pleaser garnering such accolades as Favorite Local Brewery and Readers Choice by Las Vegas Weekly.

The only thing Henderson’s Booze District is more famous for than its many sordid nights is Bad Beat- an idea its owners say was ‘born out of our love for poker and craft beer.’ Check out their taproom, where they offer four of their own batches on tap year-round as well as eight rotating specialties and some gold ole classic board games to play. But pace yourself, or you may fold before sampling their wide array of foam tops.

‘We are all in the gutter, but some of us are looking at the stars’ said a boozy Oscar Wilde, and Astronomy Aleworks, also in the Henderson Booze District, can attest to that. This place is cosmic with it’s ultra galactic science fiction theme whetting the palates of many Star Trek and Star Wars fans. But don’t let it be fantasy, any tour of this brewhouse’s 12 beers on tap will leave more stars in your eyes than Carl Sagan.

Luck be a Lovelady tonight at Lovelady brewing. And after 20 years in business, you know she’s on your side. If 16 tap handles aren’t enough to entice you, this brewhouse’s unique rustic atmosphere allows guests to bring your own food.

1327 South Main Street Suite 100
Las Vegas, NV 89104
Hudlbrewing.com
702-445-7100
Taking nods from the San Diego craft beer movement, this eclectic brewery’s cool Brooklyn vibes gives a lovely ambiance for a group of friends to HUDL while drinking… or while pulling one’s hair back as she vomits quality IPA. With 22 beers on tap spanning a diverse flavor spectrum, make sure to check out their signature Vanilla Oak Cream Ale or High Hatter Pineapple, which are both crowd favorites. 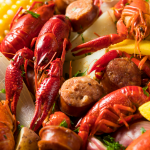